no to bbs
no to restart

Let’s decide it on a easy flip of coin once and for all.
Heads - yes
Tails - No

Anyone can verify it at command channel in cpl discord.
So lets continue with this game.

Yeah. Thanks a lot Perro. I didn’t expect to do heads/tails as majority vote didn’t pass. Thanks for doing that also and being clear.

Thank you all for your patience.

Now that we have 2 games started I have opened the last game join in this link and post your ban, this is gonna be wetlands.
Password is the same, if someone has lost it pm me.

Invitational series of 3 games, 8 seats for 8 humans, no stupid AI's INTRODUCTION: People attending this game must be able to attend another 2 games, so this is gonna be a series of 3 games playing simultaneously, the winner of this series is gonna...

@Calcifer If you leave the settler, I will let your warrior and scout go home unmolested. 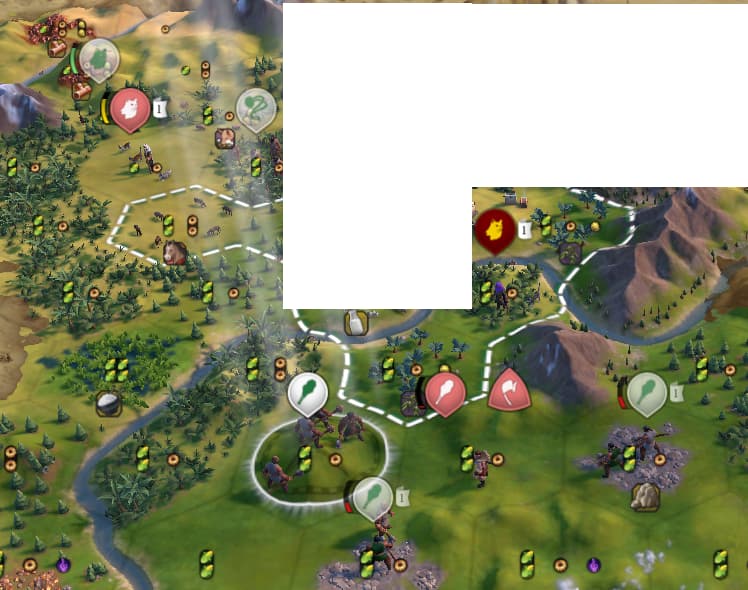 I plan to settle near Matterhorn and giving you the settler will remove my chance of doing that. so I removed the settler

GG. Matterhorn is busted, and it should be banned even with its recent nerf. the movement bonus was in my favor a lot.

@OtherRealisms you got 2 points on this game, however the game still continues on the remaining games.

Is it against the rules of this game to take a 2nd city state? and don’t raze.

Let me know if it is and we can revert I guess in that case. But I dont see it anywhere so I took and didnt raze, and submitted my turn to dont stop the game.