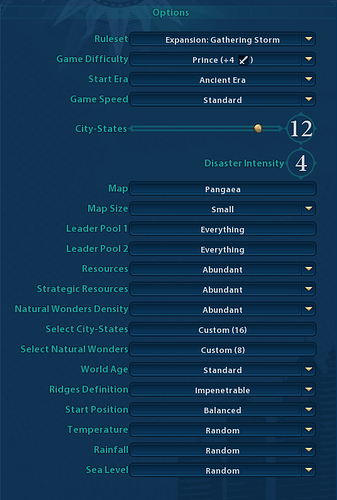 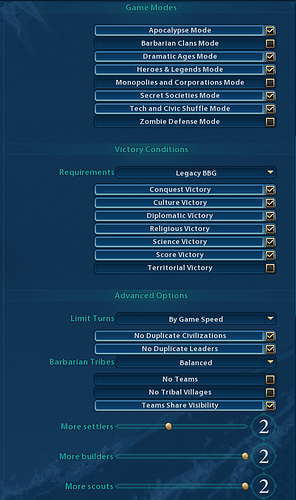 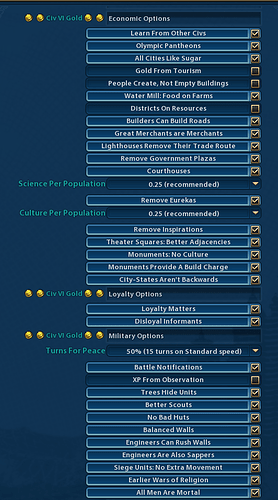 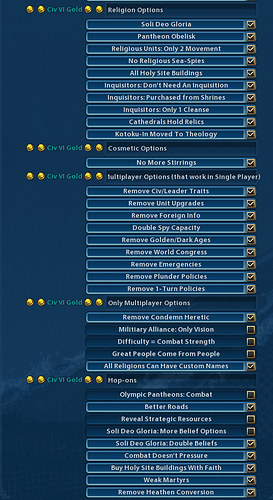 I have a question about this from the rules.

Casus belli is required to declare war.
Unless it is the ancient era or your civilization benefits from surprise wars.

I see an un-escorted settler. We are still in the ancient era. Nobody has a religion yet. Can I attack and capture this settler? Don’t want to make a mistake here.

Thanks for bring up what would seem an oversight.

As enticing it is, and it would be well deserved to have their settler captured for being unprotected …

The rule of the game overrides the base rule in that Holy War, and as such Theocracy, is required to start a war.

Willing to discuss this further.

Hey Scythia (@harre), yer on my property. Scout near Indrapura. Please leave! (Per the rules, “No unit can enter another players territory unless at war.”)

I used shield pins to remind my friend too.

When I generated this map with the seed values, my wife looked it over to confirm it was one land pangaea.

@CerynCaribou I can’t see beyond you at the moment. I was wondering if she did a good job and that we are still on one land chunk.

I appear to be situated at the thinnest part between the two big pieces of the continent, but it does seem to be a single continent as far as I can tell.

So, the “no trade” rule… I understand that bars trades of the gold and luxuries-for-thirty-turns variety, but does that apply to trade routes?

no trading luxuries, gold, resources, anything.
trade routes are good.

This static version of BBG worked for me:

Yup, that did the trick

By the way, “War must end”. Okay, but for how long? Cause at the moment nothing prevents me from redeclaring war on the next turn, which may or may not be what is intended, but maybe we want to clarify that before someone gets to the theology civic.

If either civ demands peace. War must end. War can only be by casis beli - holy war (when that disappears , then it becomes formal war)

On a different note. I claimed a second profit. So I am wondering if this breaks other players in getting a profilt. Yes, you can claim additional profits. Voice now as reverting turn to respect that is fine by me.

AFAIK, everyone if building holy site as their first district. Kudos to the player that pinned the rules.

I guess the denouncing period then makes it a 5-turn peace, except if the war was really short to begin with and a previous denoucement is still in effect. Fair enough.

By profit I’m guessing you mean prophet? I think the Gold mod makes it so that there are many more prophets to claim? Are we actually using the soli deo gloria? Hard to see anything with information not available like it is

Peace is 15 turns in the screenshot

The screenshots at the top of smackchat show soli deo gloria.

there is a link to the DB gold docs too.

Fairly sure this 15 turns is the turns before one can make peace (so that a war is minimum 15 turns), not the turns after peace before you can make war.

Solideo gloria means that players are expected to get more than one prophet, so you having 2 is fine!