Greetings to all. Please note that almost all settings in the game are set to random, so do not count on powerful start turnes from strong leaders, only standard nation bonuses. Do not count on an early rush of opponents, we live on the islands. May the strongest win. Well, according to tradition - Carthago delenda est.

PS. We will probably have to wait for the first turnes as Rome is away for the Christmas holidays and it can greatly delay the start. Be understanding, we all love Christmas.

Why should I be delenda est?[quote=“selezin, post:2, topic:7232, full:true”]
Carthago delenda est

Reverted turn. The game has been updated, check your updates.

Yes, I confirm. It was me I asked for it. I made a big misclick. I think no problem?

I only had to change ultimogeniture to primogeniture

Does everybody here have the Sacred and Profane DLC?

Events from the DLC will now start showing up for those who have it, but if you don’t have the DLC, you will not get those events.

I thought we all started from small islands. Apparently only I have such a small island. It was you who cursed me with your wishes to Carthage

I have five city sites, is that more or less than others?

Four cities (total, including the capital) on my starting island. I think the Archipelago map script isn’t designed to be “fair” in terms of MP symmetry.

Many cities are good but I have a lot of other problems. For example, I still do not have any animal husbandry or quarries. But I have a fleet.

Four too
And apparently no one got clerics, except for me, if no one else founded the religion. Right? 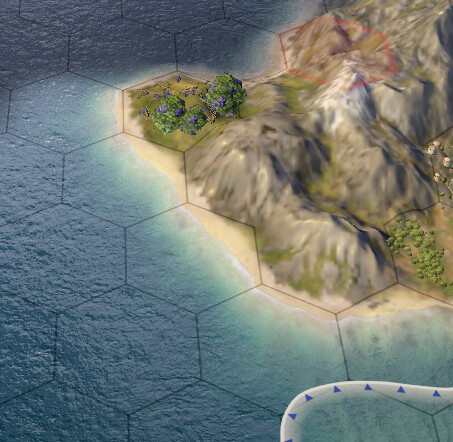 But I have a sacred grape. There is a legend among the Zoroastrians. Anyone who can get there and taste its fruits will get the “blessed” trait. And therefore, on the way back, it will not sink, since there will be no conditions for this event (:

Played a turn, forgot to upload the save and realized a day later