Is he back from vacation?

I’ve opened a thread looking for a substitution for him. Looks like he’s not coming back. I’ll also post a sub request on the discord forums.

If you need a sub…

Sure, if you need help.

the problem is due to an update of DB’s mod. You need to install an older version and disable the newest version

Check the discord for a link to full instructions

i have tried the fix and still no luck.

Per DB from Steam:

Thanks for the excellent bug report. So Remove Government Plaza is conflicting with Better Government Plaza, and the BGP option is also bugged because when you un-check it (in the game settings menu) it’s still active.

I’ll fix all this in my next update. Meanwhile, here’s how to get by:

Yeah he prob just did the fix wrong, cuz it worked fine for me. Anyway, what is actually happening with this game? lol it’s been like months, we’ve played how many turns? I still haven’t met anyone on the map lol. Are we still playing this game?

This has affected 3 of the games that I’m playing. I don’t know how long it will take to iron it out - it may just be that we have to stick it out until DB’s next update fixes the problem

that fix looks doable if you can pass me the turn
\ 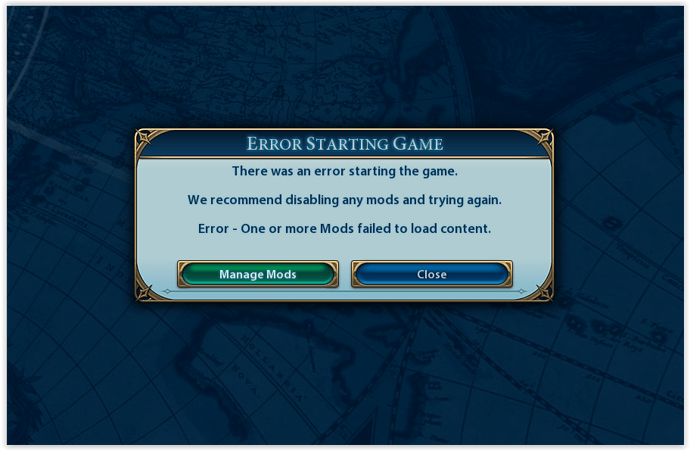 Yeah I had that and managed to sort it using the work round that @dand4444 posted above.

Yeah… people are just incompetent and aren’t following directions… this is pretty frustrating I don’t really want to play this game anymore.

I fixed it, we’re just waiting for @andrewsmart48 now

I managed to play. Really sorry for the delay I am really busy just now and even small hurdles are setting me back.