Do you need players?

Hey OtherRealisms, game is open for joining.
If you’d like to call some friends or if you know some reliable players, please call them in!

So this is a 5 versus 5 teamers game, correct?

I will ask some friends

I invited my friend @kapshul . I will ask for others to join.

Suggestions - teammates are allowed to trade or gift gold, strategics and relics. City trading is not allowed between teammates or the other team. City states - conquer and keep one per team, must raze the rest if conquered.

Most teamers games have tame barbarians so that the player’s don’t get swamped by barbs in the early game. Or you could do no barbarians (which disadvantages Sumaria).

Hey guys. We’re gonna take OtherRealisms’ suggestions on Trades, City States and Starting Scout Mod, and there’ll be no barbarians or other game mode, such as monopolies (none of us has ever played this mode).

how are we picking civs?

I got an idea for picking civs.

Maori should be banned by host because it screws up the placements of the civs on the map.

Then flip a coin for which team gets a choice of choosing first (Team 1) or chooses to pick second.

Then the teams can give their civ picks to any team member.

If this game is going to move this slowly, I’m not sure that I want to be in it.

Yeah, that’s what I fear. Let’s just get started and see where it goes.
Tell me, how would we go about coin flipping?

You flip it, we trust you.

Ok, I went to random.org and flipped a coin 5 times.
I had called heads (just because i’m hosting and heads is first). Here is the result: 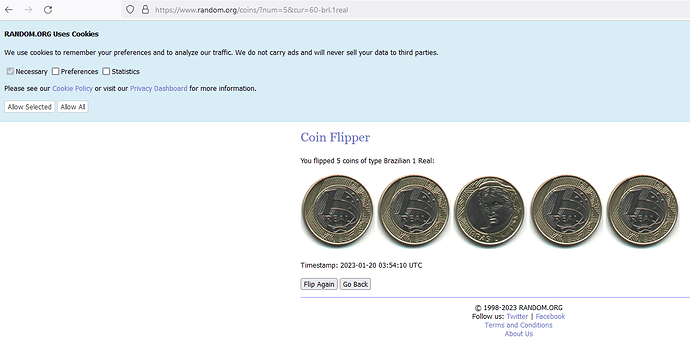