I will Kick Jhon if he does not play his first turn in a week.

Hi, i’m off for holidays till 23rd of July. sorry for the waiting time

I will be off to holidays till 4th of January. Sorry to keep you waiting.

@kilpa You almost won this game and there is no-one to stop you! 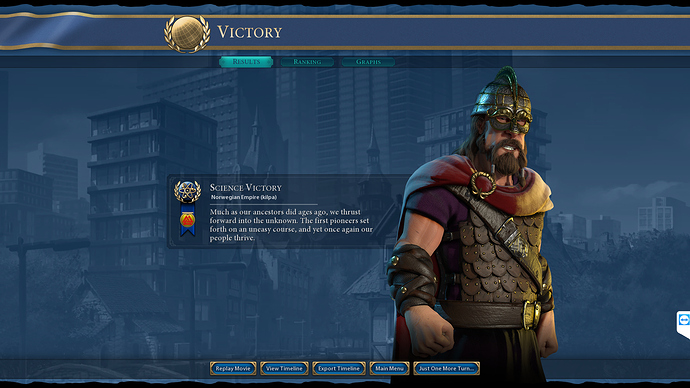 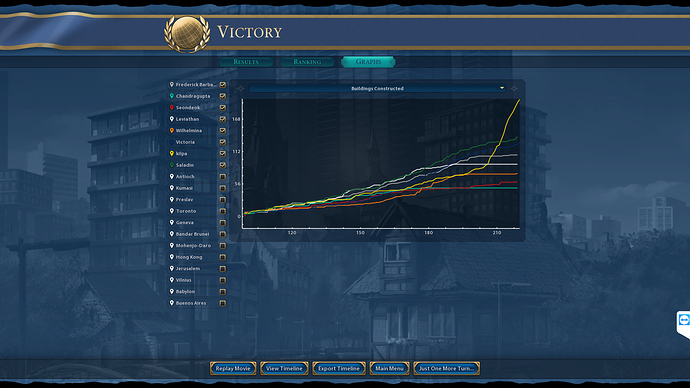 i have decided to make science victory (never had it), though domination would have been few turns quicker.
I suggest to share some thoughts about this game, its adding some extra flavor to hear initial planning of others, and what when wrong…
As for me, 1st important moment was to take over Arabias settler and establish 2 cities near Vilnius. without them I would have failed (managed at the end to grow up production at Bergen to 220/turn). At once as India left game to AI, and I was not so far, decided prepare to take over his land. As i believe, people having AI nearby, has some advantage, and therefore i hate quitters - they spoil whole game.
I believe Japan and perhaps Arabia was going to religious victory, Germany for cultural, England for domination (with Venetian arsenal was quite possible?), and not sure about Netherlands, as he was between Germany/England. was hard for him to expand.
Why nobody stopped me when I took over India, then Korea and even after Japan had no opposition? I guess my intentions were quite obvious? I was expecting England will attack me from North, bun was not right. Military force of Japan + England + Arabia + Germany was mostly bigger than mine? Why no alliances?

We were Allied for awhile, and I had no means to beat your tech. I often play more city building heavy games, as well, so military conquest is mostly something I either ignore or solely focus on. I didn’t expect your betrayal, in short.

Honestly though, this was an extremely bad start for England. I began on a desert, my first three settlers were cramped and without good space. My continent was immediately squished into Netherlands, and I just never really was able to build up any decent production once the initial game’s late-era-start bonus dies off. My last ditch effort to get SOME kind of land was to invade Netherlands, and a turn or two later you declared on me.

Overall it felt like a good game for some civs, but England Netherlands and Germany were all so tightly packed from the get go we had scraps that distracted us.

@kilpa @onesixty2
Nice job!
I played Germany!
I had some military since i was invading Netherlands. He was an easy target. We fought in the beginning of the game which ended in a stalemate due to my science. I decided to attack when i will be far away in science.
You had better techs anyway. While i had biplanes you had fighters. I concentrated on winning a culture victory. I was expecting someone else keeps you in check. You was far. Anyway culture victory was not very far away!
Since England was my allied nation i did not planned to attack him.

Thanks, but want to reduce civ games. If will do more will play them on civplayers league, with ranking.