In summary, auto sort based on player’s turns. How to figure out common playing windows?

While I setup the game, I ask for the players timezone and first turn of the day. I keep getting responses as a couple of time ranges instead of just the first hour. I think this is a better way of figuring out turn order, time ranges.

What if the profile had an additional time control similar to the bit torrent scheduler. 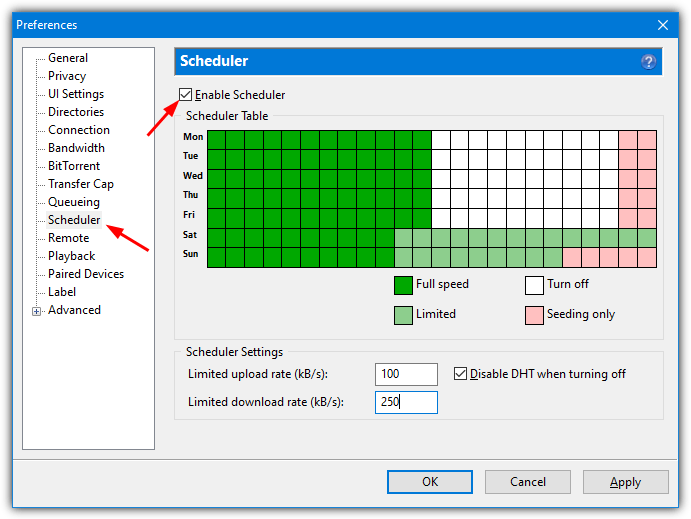 Each box represents an hour of the day. What if there was one row or a similar way of ticking which hours of the day you play.

Auto sort based not on the first hour of play, but by which “if they did play this hour” would the player sort be more evenly spread, reducing periods of large empty time.

E.g. I can play pretty much all day to night. So sorting on my first hour of play is not needed. What is needed is to slot me in where the gap/pad between players is the largest. Start sorting by the player with the least playable window.

Another example for this time control is marathon game planning. This is where you somehow find other players with a overlapping play time. In the following game, once geoff left the game, the turns really churned over, up to 5 a day I think. I would really like to do another game like this.

The best sort is the auto sort of players based on their (recent?) history.

Irrespective, the sort should happen on every player joining a game. Only show the manual sort once all slots are full. Force players to set timezone and playing hours before joining or creating a game or auto sort based on playing history.

As a first step, what if I add some code to aggregate actual turn times for users and display it in a chart similar to your screenshot when you click into their profile? I don’t think that would be too hard to do. I don’t think a new player is going to accurately know when they’re going to play anyway.

Once we have that in we can look into some sort of auto sort. I do worry about coming up with a reliable algorithm like you’re talking about above, I think probably sorting by most active time would be a good start but if you have a more detailed algorithm in mind and want to flesh it out let me know.

(EDIT: I took a look at the code you sent me, thanks - I could translate that to javascript and start with that for the sorting code)

So my current wish is automatic sorting like using code I sent. The goal is sorting so that the result is the hours 0-23 are covered by a player’s red as much as possible.

It would also be cool to do something with the matching blue, the “In the playing zone” players.

I am creating a “in the playing zone” game soon. Ill be inviting players in my playing zone (blue)
You see the game pop up soon.

New players to default to 7am local time.

maybe the games page should indicate gaming zone games or around the world games.